Since the discovery of oil as an energy source (as opposed to a lighting product), mineral owners in oil rich areas have been making fortunes from the drilling and extraction of oil and gas. Many old families amassed fortunes from the oil business and established wealth that their children and grandchildren still possess today (read The Big Rich by Brian Burrough). However, for every one family that comes into fabulous riches by their mineral ownership, there are tons more families that have wasted away massive fortunes and have nothing to show for them. It’s amazing how fast some of these people can spend their money, and shameful how many of them spend their checks before they even receive them. Some of these millionaires do such a magnificent job carrying on their normal lives that you would never suspect how many zeros there are in their bank accounts. Reuters wrote a story about this last year titled Hard to Tell an Oil Millionaire from Regular Joe.

These “over-night millionaires” are a special breed of people, some are rednecks, some are honest God-fearing farmers, some are incredibly high-functioning alcoholics (while others are not so functioning), there are preppers (who doesn’t think the world is ending because of Obama these days?), some don’t even speak English. There are morons, meth-heads, perpetual bullshitters, adulterers, war vets, Republicans, dumbass Democrats (usually the farmers, who depend upon government subsidies to compensate their poor life choices), alien abductees, braindead bums, and people that haven’t spoken to the rest of their family in decades. Most of the farmers will keep farming, and spend their money on new tractors, combines, reapers, or other meaningless farm equipment when they should give up their wretched life and move somewhere more exciting. The preppers will buy more guns, ammo, survival supplies, and sometimes even hardened bunkers.

Some of the people have been poor so long that they don’t even know what to do with all their new wealth and just let it waste away in a bank somewhere, others want to tell you all about their crazy fucking investment scheme that’s going to make them ten times richer, a lot of them just want someone to talk to and will offer you a beer just to keep you around longer. One of my personal favorites is the family that lives in a trailer on their property and intends to stay there because they “don’t know no better.” Occasionally you’ll encounter Mexicans that have no fucking clue that they even owned minerals, and they don’t even know their grandparents names because their families are so large (usually with multiple marriages and children that are all named Juan). The expression I like to use for this situation is, “no Juan knows no Juan.”

There are families so large that one ranch has hundreds of mineral owners, usually scattered all over the globe just to make things interesting. You can find carpetbaggers, yankees, criminal looking white trash, mentally and physically disabled half wits. A lot of these people will tell you that they “used to be a ____________,” so they know the oil business and want to share their “expert” and unsolicited opinion on how to do our jobs. The religious ones will probably give most of their money away to charities or churches, whether it does anyone any good or not. I would no sooner hand over all of my money to the federal government as I would donating to a local charity in a town of 3,000 people. In order to improve most of the small town communities I’ve seen, you would do best to start with lots of gasoline and matches or a bomb.

Some of these people will have no or next to no teeth, smell horrible, and have breath that could clear a room of people wearing gas masks. Wife beaters, disgustingly long body hair, and dip stains come standard. The best you can hope for is older white families that might look like the walking dead but have manners, hearing aides, and hygiene for the most part. Sticklers for details, pains in the ass, “let me consult my oil and gas attorney” (who they found in the phone book or online) morons, and the perpetual “I thought of one more thing” are part of your problems. These people want their money but will make it as difficult as possible for you to get the paperwork done that allows you to pay them, just because they can. Better dealers are always fun, “my neighbor got $100 more an acre…,” or “so-and-so’s company offered me more, what do you have to say about that?” I’d love to tell them, “that sounds like a better deal, you should take it and quit wasting my fucking time,” but that wouldn’t be a good idea now, would it?

As diverse a group as they are, there are a few things that most of these people have in common. They’re rich fucking idiots. 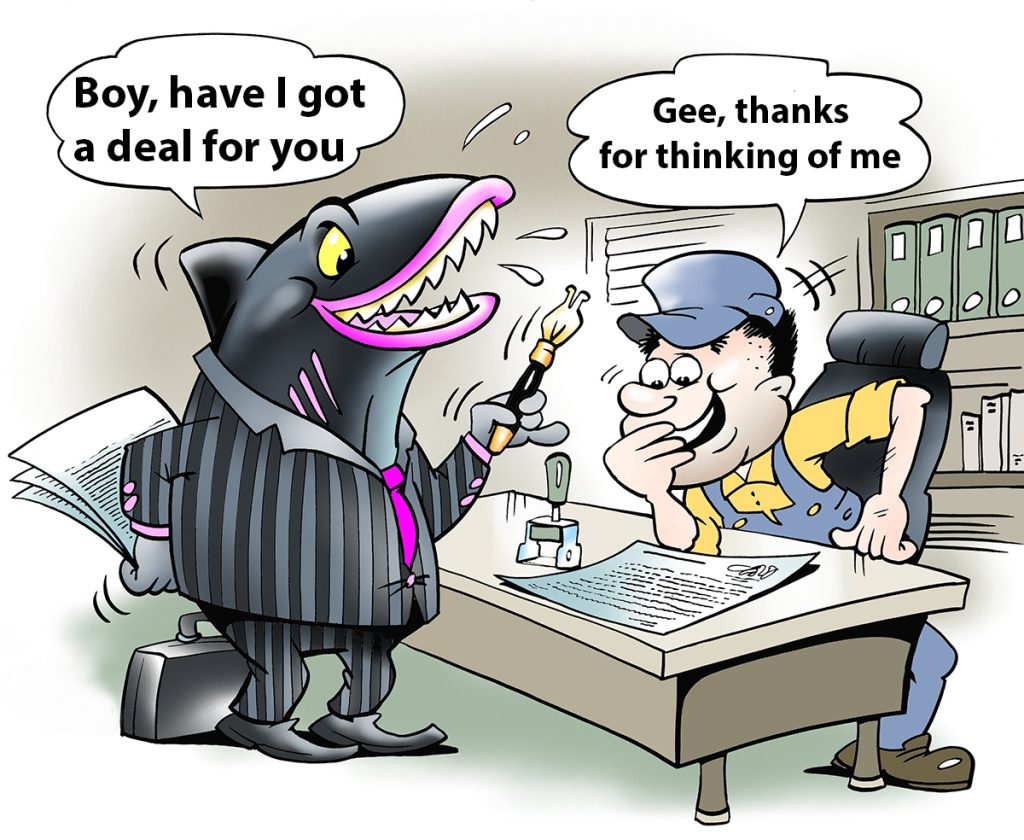