This is Part 2 of The Poker Game Series, links to Part 1 and Part 3 are below

As I got out of bed and tried to shake off the hungover/still drunk feeling from the night before I tried to call my coworkers that had been there but no one answered. Since I was already worried about the owner being in town and the disturbing call I had just received, I naturally assumed that the people I couldn’t get to answer their phones were already at the office. Being the last person there when the owner was in town just doesn’t sound like it would be good for my career so I rushed through a quick shower to get the smell of sweat and beer off, got dressed, and hauled ass to the office. Lucky for me the cops in town only cared about big rigs running the stoplight (yes, THE stoplight) because I blasted through that red light and waved at the police cruiser parked on the other side of the intersection parked next to the gas station I always stopped at for beer after work each afternoon. A left turn, two stopsigns (that I rolled through) and a right turn later, I was in front of the office. It wasn’t a good sign that none of my coworkers who had gone out the night before were at the office, maybe I didn’t need to rush so much to get there after all? Two of the older guys were outside smoking cigarettes and I tried to chat them up about why the owner was coming in, they both kept it short just saying “I don’t know what you kids did last night, but he’s pissed as hell.” Not something you want to hear in the morning on a Friday, especially if you blacked out the night before.

Heading inside to our tiny office I first turned left into the “old farts” room to see who else was there. Our crew chief and two other older landmen were at their desks, and they all gave me a weird look as I walked in. Trying to act normal is so much harder when you don’t know why you should feel guilty, but I did my best to pull it off. Obviously I didn’t want to straight up ask our crew chief what was going on if I was somehow implicated in the situation so I just kept to the normal bullshit. Our crew chief was the definition of excellence, at least if you asked him. To most people he was a weird old liberal hippy man that wore slippers with socks, had an remarkably persistent dip spit stain running down his chin and through his scraggly white beard, wore women’s glasses, and had a pierced ear, but to us, he was just an annoyingly aloof crew chief. After a few minutes of that I left their side of the office and went to the “young guns” side where my desk was, sat down, and wondered how I was going to make myself look busy. Between the two sides of our office was a small hallway that had most of our office supplies, a seldom used microwave, and a small fridge that usually had beer in it. As I glanced at the fridge I had the fleeting thought that it might be a good idea to make sure there wasn’t any beer in there when the owner was coming in, but then I imagined him walking in while I was pulling a handful of beers out of the fridge…and I decided that it wasn’t my problem because it wasn’t my beer. Since I was the most recent hire onto the crew I got shafted on my desk location and had my back facing the door at the very front of the room. Looking busy was a pretty important part of my every day routine. I pulled up our runsheet form and figured I’d go ahead and type up some of the labels I would need next week. Then all together my coworker buddies strolled into the office looking guilty, tired, and hungover, but trying their best (as I did) to appear normal on this far from normal Friday at the office.

What the fuck happened?

I waited for them to finish saying their hellos to the guys on the other side of the office, and once they came into our side and sat down I started asking what had gone on the night before. The look on their faces got me even more concerned than the fact that they wouldn’t say anything about it. After about 3 minutes of escalating fear, the owner walked in. Let me correct myself, the owner STORMED in. Let me set the stage by sharing some information about the owner of our company; he was about 5’4, weighed probably 110lbs, had an absurdly large mustache, always wore a hat to cover his nearly bald head, wore glasses, and usually had on a button down shirt tucked in with jeans and nice boots. Not generally an intimidating persona, but he had a Napoleonic complex to rival the best of the small men out there and loved nothing more than to rip someone’s head off just to prove he had some small amount of power over them. This morning he was obviously not in the mood for any bullshit, he slammed the door and very loudly stated he wanted everyone to be in (our side) of the office in 2 minutes. Well, at least I was finally about to find out what happened last night.

2 minutes later, we were all sitting there waiting to see what the owner had to say. He walked in, paced around for a minute, then pointed his finger and wagged it around at everyone in the room. “You people do realize that MY name is the FIRST name of this COMPANY name, right?” I figured that was a rhetorical question so the little smartass voice inside me decided to stay quiet for once. “I understand my partner started this project here, but hasn’t done shit since then. Well that’s over, because I’m now taking control since you dumbasses are fucking up and MY name is on it. When I fucking tell ya’ll to do something, you don’t question me, you fucking do it! Understand? Now that we have that over with, we can address the incident that happened last night. Let me assure every one of you that this will NOT happen again. I hope you all understand what I mean. If you guys think you can go around doing whatever the fuck you want, drinking beer and screwing off, and it won’t cost you this job, think again. If this ever happens again I’m not going to bother asking any questions, I’ll just tell anyone involved to get their walking papers and get the fuck out. I hope you understand how serious I am right now, if you want to test me go ahead, you won’t like the outcome. I need to speak with James, Brad, Charlie, and Chrissy. Everyone else is free to go back to work.” Well, I guess I dodged that bullet, but my buddies obviously didn’t.

I still had no idea what had gone down the night before, but was glad to be off the hook at least. 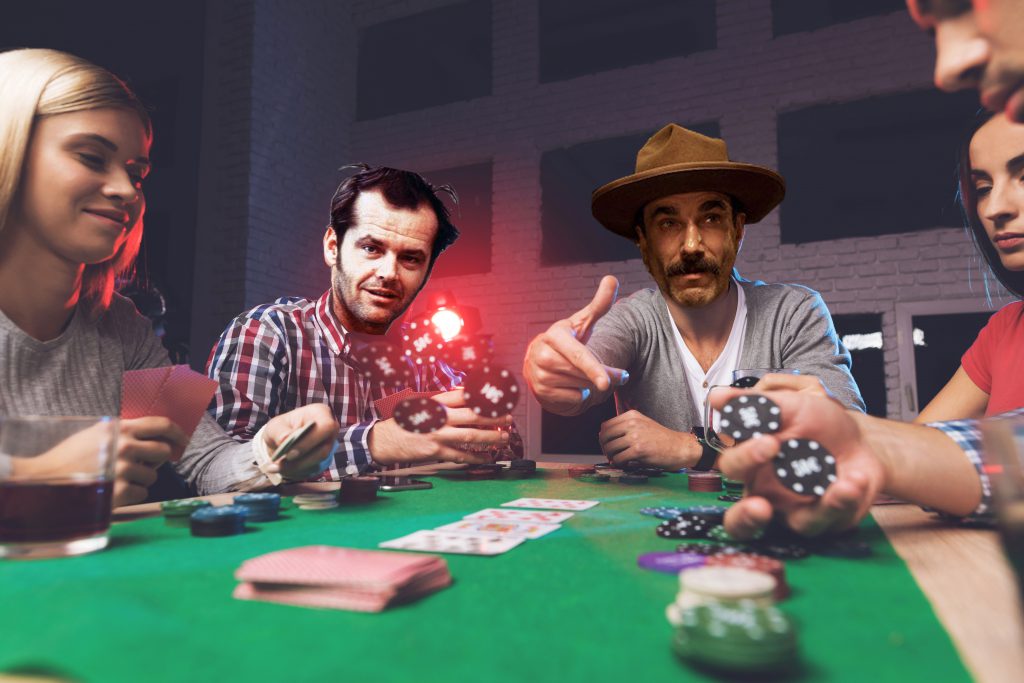